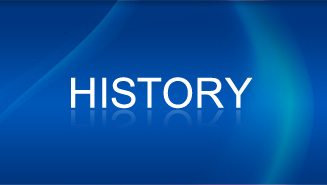 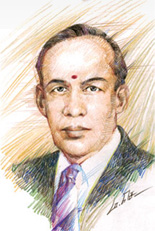 My happiness is limitless because it does not consist naturally in my own happiness, but my happiness consists in the happiness of the thousands of students young and old, boy and girl that received education in our vast campus.

Padmabushan Dr.Alagappa Chettiar was a great Philanthropist, eminent educationist and a multi faced versatile personality. Born in 6th April of 1909 as second son of ShriK.V.AL.Ramanathan Chettiar and Umayal Achi at Kottaiyur of Sivagangai District, in Tamilnadu.

Dr. RM. Alagappa Chettiar had his primary education at the SMS Vidyasala in Karaikudi and went on to obtain his M.A. from the Presidency College in Madras. He obtained Post Graduate (M.A.) Degree in English literature in 1930 from Presidency College, Madras at the age of 21. He had the fortune of befriending Dr. S. Radhakrishnan, a model teacher who later on became the President of India. At the age of 21, he became the first Indian trainee at the Chartered bank in London. Thereafter he qualified for the bar at Middle Temple in England and became a ' bar-at-law ' to be cherished by the people of Chettinad. He was conferred a doctoral degree (D.Litt) by Annamalai University in 1943 and by the Madras University (LL.D.) in 1944. The British Government knighted him in 1945. He was conferred the distinction of Padma Bhushan by the President of India on January 26, 1957. His stellar record as a business entrepreneur was acknowledged by the British government when he was knighted in 1945 at the age of 37. He renounced the prestigious knighthood when India attained independence. The distinction of Padma Bushan was conferred by the president of India on January 26, 1956.

His stellar record as a business entrepreneur was acknowledged by the British Government when he was knighted in 1945 at the age of 37. He renounced the prestigious knighthood when India attained independence. The distinction of Padmabushan was conferred by the President of India on January 26, 1957. Within a span of 2 decades he demonstrated his versatility as a successful business tycoon, an intrepid academician with a vision to change the mere scrub jungle of Karaikudi to an educational Mecca. When he passed away prematurely at the age of 48, Dr. Alagappa Chettiar had redefined philanthropy and contributed more to the betterment of education in Tamil Nadu than any other person of eminence had done until then.

He launched his career by pioneering in textiles. As a business savvy and a model employer he practiced then, what the Harvard Business School preaches today - diversification of portfolios with rubber plantations in Malaya, Tin mines in Burma, Textile Mills in Kerala, Insurance companies in Calcutta, Hotels in Bombay, Theatres in Madras, a flourishing stock broking company and a private airline and has been referred to as the unsung business maharaja of South India in the thirties and forties. His business interests were however short lived as he changed his focus to education.

He harboured a firm conviction that education is an absolute must for a human being to become productive, wholesome and humane. In 1947 at the Dr. Annie Besant centenary celebrations the Vice-Chancellor of Madras University called industrialists to start colleges to educate India. Spontaneously Dr.Chettiar answered the call in the same function and within three days Alagappa Arts College started functioning at Gandhi Malighai in Karaikudi. His generous donations led to the establishment of a string of educational institutions, which formed the basis for the establishment of the Alagappa University in 1985 by the Government of Tamil Nadu.

The Alagappa University was established in 1985 fulfilling the dream of Dr.Alagappa. Alagappa Educational intuitions is providing a continuum in education for children of the community to start from kindergarten and pursue studies right up to post doctoral studies in a wide array of subjects.

To bring prominence to the educational institutions he had the vision to convince Prime Minister Nehru to house one of the Government's National Research Institutes in the heart of the Alagappa campus. Dr. Radhakrishnan, the Vice President of India surmised at the opening of the Central Electro Chemical Research Institute (CECRI) on 14 Jan 1953. " The magnificent gift of 300 acres of land 1.5 million of Rupees by Dr. Alagappa Chettiar helped the Government of India to select Karaikudi as the seat of Electro Chemical Research Institute. Being a businessman himself, Dr. Alagappa Chettiar is aware of the industrial possibilities of our country and the need for scientific, technical and technological education in his lifetime he has built a monument for himself you have only to look around."

At the tender age of 48, in the midst of single handedly revolutionizing his native place and changing the course of history he succumbed to his illness. Perhaps his crowning piece of philanthropy was giving away his own palatial residence in Kottaiyur to found the Women's college. Rajaji has remarked, "Dr. Alagappa Chettiar had given away freely. Students should develop that quality namely giving money earned for charity. Dr.Alagappa is one who can give to good cause, cultivate courage and emulate the spirit". The Trusts that have been established by the Founder viz. the Asoka Charitable Trust and the Dr.Alagappa Chettiar Educational Trust are managing the Schools and have aggressive plans for expanding, to upgrade the quality of education and provide an opportunity for the youth of the country, to fulfill their dreams.

Dr. Chettiar was full of compassion and gave whatever he had at the moment to the various causes. So the above list is just a small sampling of his generosity. His donation to this society is immeasurable.

The Newly built Trust Office was inaugurated by our beloved Aachi Dr. (Mrs.) UMAYAL RAMANATHAN on 30th November, 2013 with spacious rooms. This Trust Office is well equipped with latest technology.

The Office is headed by Mr. Kasi Viswanathan, the Manager of the Trust. The office has five staff members. 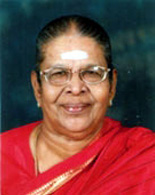 Born in 1928, she had her schooling at Ewart School in Madras. Docile and soft spoken, she showed great interest in fine arts like dance and was particularly fond of Geography as a subject. During most of her childhood she was deprived of her father's presence, who was preoccupied with business, but she fondly remembers his affectionate letters which were a source of encouragement to the little girl. He evinced great interest in his daughter's upbringing as a good human being and was instrumental in getting her engaged in social activities.

Dr. Alagappa Chettiar had a passion for extravagance and grandeur. It was with this trait that he went on to celebrate the wedding of his daughter Umayal with Ramanathan on 10th September, 1943 with pomp and splendor. With open invitations to the inhabitants of Chettinad, thousands lined the streets and dignitaries included the rulers of Princely states like Mysore, Travancore and Pudukottai. The bride and groom, postured in a chariot draped with flowers, were in the midst of more than 20,000 people assembled to witness the festivities. Specially chartered trains and buses plied guests from various parts of Madras Presidency to the venue of the marriage at Kottaiyur. The wedding celebrations were interlaced with festive entertainment featuring the famous exponents of Carnatic music such as G.N. Balasubramaniam, M.S. Subbulakshmi M.L. Vasanthakumari, M.M. DhandapaniDesigar and M.K. Thiagaraja Bhagavadar as they regaled the crowd with their concerts. The up and coming Travancore sisters, Padmini, Raghini and Lalitha enthralled the audience to their hearts' content. An array of stupendous gifts valued at crores of rupees demonstrated the magnanimity of RM. Alagappa Chettiar. The dowry spread over many halls ranged from household items to engraved rosewood furniture from imported cutlery to gold ornaments studded with diamonds and other valuable gems.

She has been a syndicate member of Coimbatore Agricultural University and a senate member of the Madurai Kamaraj University. Currently she is the managing trustee of the Alagappa Charitable Trust and the Asoka Charitable Trust. Her concern for the society is evident in the various posts that she has held. She was a member of the Social Welfare Board of Ramnad District and the Chairperson of Gangadeeswarar Temple. People fondly recollect her giving away in charity to the poor and partaking in the inter-caste meals programme. Following the footsteps of her father, she founded two higher secondary schools in his name - one at Karaikudi and another in Chennai, besides running a Montessori school, and a music school at Karaikudi.

Her service to the cause of education and society was duly given recognition when she was accorded the Doctor of letters Degree by the Honorable Governor Dr.Chenna Reddy. The prestigious Indira Priyadarshini award was conferred on her as a fitting tribute to her achievements. No doubt she is even today a 'Priyadarshini' not only to her children but also to all who are acquainted with her. 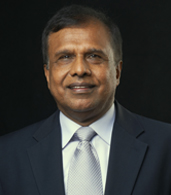 Dr.Ramanathan Vairavan, the son of Mrs. Umayal Ramanathan, was born in April 1948 in Chennai. He had his early education at Lawrence School, Lovedale and studied Chemical Engineering at Alagappa College of Technology in Madras. He went to the United States of America to pursue his post graduate studies, obtaining his Master‘s degree in Biomedical Engineering at Washington University and later a Master‘s Degree in Business Administration, specializing in Pharmaceutical Marketing.

He worked with the multinational company Hoechst AG of Germany in various executive positions in research, product development and manufacturing, sales, marketing and management in Germany, Singapore and the United States, over a period of almost 25 years. In 1998, he founded Caldon Biotech in California, a company engaged in the manufacturing and distribution of clinical diagnostic reagents and instrumentation. He is also a co-founder of AutoGenomics Inc., a company engaged in the development of a new emerging technology of biochips. Using this state-of-the-art technology, doctors will soon be able to diagnose patients based on their genetic makeup and provide personalized medicine to treat their illness.

Dr.Ramanathan Vairavan has been actively involved to enhance the quality of education and the infrastructure of the schools, both in Chennai and Karaikudi. He was instrumental in establishing the following institutions:

Dr.Ramanathan Vairavan has formed an organization in the United States named Alagappa Foundation Inc. The objective of this foundation is to form a worldwide organization of the alumni of the various Alagappa Colleges and schools in Chennai & Karaikudi and establish synergies to support the various Alagappa institutions through financial and technological support. It is his firm conviction to set up an industry in the area of biotechnology and follow the footsteps of his grandfather, Dr. Alagappa Chettiar to further the cause of education and establish a Medical College in Karaikudi and at the same time integrate industry with the institutions to come up with innovative research and Academics programs to bring fame not only to the Alagappa institutions but also to the state of Tamil Nadu and India. 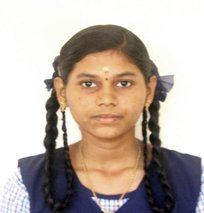 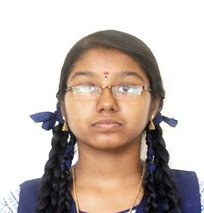 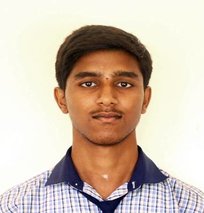 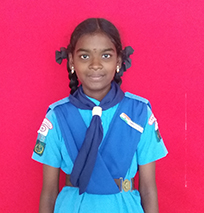